Jose Rizal was a great painter as well. Here is a list of known paintings by Rizal.

Jose Rizal was a great painter. He once demonstrated his talent for painting while in Dapitan.

In 1894, Fr. Vicente Balaguer thought of a backdrop for the Holy Week. He wanted one that’s done in canvas oil painting. He heard of Rizal’s painting ability and requested him to paint a beautiful backdrop for the church altar that would show a colonnaded court, seen from a wide open gate like that of a scene depicting the court of Pontius Pilate.

Fr. Balaguer sketched his idea based from a church in Barcelona, Spain and after Rizal showed him his sketch, Rizal with the help of Sister Agustina Montoya, a Filipina nun from Cavite who could paint, and Francisco Almirol, a native painter of Dapitan started the difficult task of painting the scene in oil.

The backdrop was a beautiful masterpiece and a prized possession to show off. Senate President Manuel L. Quezon and General Leonard Wood, governor-general to Philippines were both impressed by the painting.

After Commonwealth, the painting was kept in the Ateneo de Manila Museum but fires and bombed destroyed it during the World War II.

Here is a list of known paintings by Jose Rizal: 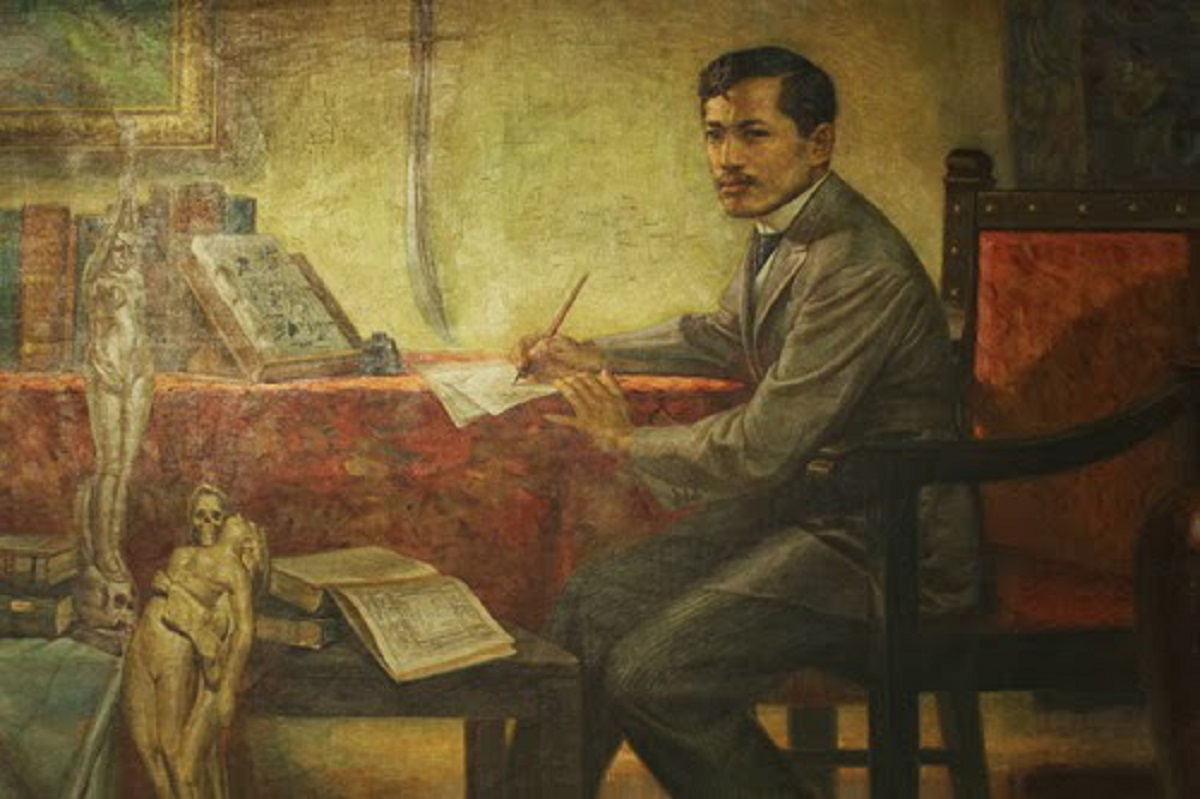